Eurogroup Head Donohoe: EU willingness for a Brexit deal is there 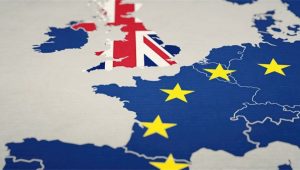 There’s no question that, on balance, David Davis and George Osborne are right in that the European Council should be more aggressive in pushing for a hard Brexit in order to push back against the UK’s decision to leave the EU. The real problem is what exactly constitutes an aggressive approach by the ECJ.

For me, the ECJ should not be overly aggressive when it comes to negotiating a “sufficient progress” from the UK to get it on track towards a full, free trade agreement with the EU. It’s clear that this will require the UK Government to offer substantial concessions to the EU. However, these concessions can’t be as deep or as wide-ranging as some are demanding. In my view, we should stick to a high degree of focus on the most important aspects of any deal – tariff free trade.

In the case of the UK, it is likely that even if the ECJ was not too aggressive, we would still be unable to get such negotiations done in the first place. The UK has very limited freedom to negotiate new trade deals in the future once we’ve left the EU. We’ll be stuck with the current agreements until our withdrawal process is completed, and even then the chances of a successful renegotiation are limited.

So, in terms of being “aggressive” in these negotiations, the ECJ’s role is probably best described as being neither too aggressive nor too passive. The ECJ would simply need to be careful to strike a balance between both extremes.

There are a number of other things that make me uncomfortable about the idea of David Davis and George Osborne demanding “sufficient progress” for us to get a deal with the ECJ. Firstly, it means that we’ll be able to rely on the UK Government to make sure we get a good deal. If the UK Government was actually the enemy in this negotiation process, there’s every chance we’d end up making mistakes that cost us more than we gain.

Secondly, there’s also the fact that we’re potentially missing out on the chance of getting a better deal if the ECJ is too aggressive. David Davis and George Osborne are probably right to be more aggressive about this but if they go too far, we could find ourselves being shut out of the single market altogether. If this scenario is a risk you think you’re going to take, I suggest you give the idea some serious consideration.